Create an Account - Increase your productivity, customize your experience, and engage in information you care about.

About the Memorial
In the spring of 1861 Old Abe, mascot and vanguard of Company C of the Wisconsin Infantry during the Civil War, was captured by a young Indian brave known as Chief Sky on the shores of the Flambeau River. Chief Sky kept the eagle for several weeks before selling it for a half bushel of corn.

In August 1861 the eagle was acquired by S. M. Jeffers who presented it to Company C of the 8th Wisconsin Infantry. The men of the company named him Old Abe for their Commander-in-Chief, President Lincoln. Old Abe was carried into 22 battles and 30 skirmishes, being wounded 3 times in the process. Old Abe is not a legend, he learned commands and led the men who loved him into battle. 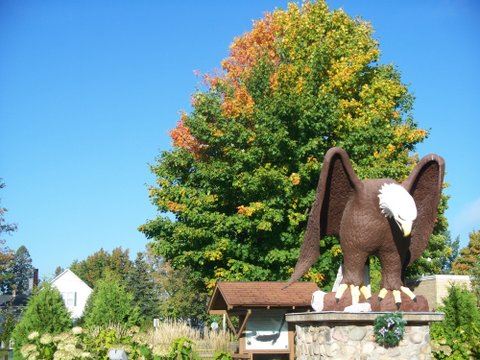